Paying homage to the city of dreams.

SEO Agency based in Milton Keynes serving other local businesses, and having personally grown up in the town, it felt long overdue to really dig deep into the questions that arise time and time again about MK. Some are obvious and almost cliche, others are more intriguing and probably more useful to people considering actually moving to our prosperous town. So we've collected all the information on your behalf; read up and become an MK Expert.

Milton Keynes is home to a large Ikea outlet, attracting visitors from around the local region. Another popular attraction is the MK Theatre, hosting national and internationally renowned shows and performances.

The last worthy mention has to be the Xscape complex, with an indoor snow slope (REAL SNOW), as well as indoor skydiving and a large cinema, complimented with restaurants, cafes and shops, all conveniently located within 5 minute walking distance from the main shopping area. A great day out for the whole family.

And now to answer the most commonly googled questions relating to our town. If you think I've missed something obvious, feel free to get in touch and tell me what I should be adding. This article will likely be updated several times over the coming years as MK is developing and changing fast. The latest update is currently 8th February 2022.

1. Is Milton Keynes a city?

The short answer is no - MK is a town and not a city. The largest town in Buckinghamshire I’ll have you know, but still not a city.
‍
During the birth of Milton Keynes, the term ‘birth of a new city’ was coined. But it seems, rather inconveniently, that to be given City status the current ‘town’ it apparently requires a charter from the monarch to claim the official title. I also heard it would need a university and a cathedral, which may be completely incorrect but that's the rumour I heard anyway.

Now we do have a university (bit of a stretch, we have an Open University, MKU does not exist yet…), however we most certainly do not have a cathedral, nor a royal charter.
‍
But we Milton Keynesians are a proud bunch and there is a story that once the Queen herself once called MK a city (likely a mistake). However it seems since this royal blunder, our city-status dream had been given the nod by Lizzy herself and it confirmed what we were all thinking; MILTON KEYNES IS A CITY!!

2. what is Milton Keynes famous for?

A great question and one that I had to research to answer correctly, as my first thought is just ‘roundabouts’. BUT we have more, some you will know and some you will not.
‍
Concrete Cows — created by Canadian artist Liz Leyh in 1978 with support of local school children, these stoney mammals have apparently become one of the most well known features of our humble town. 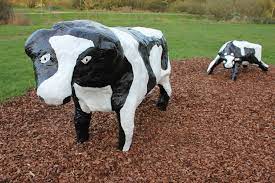 MK’s Leaping Man — a slightly more interesting thing to be famous for, MK did produce Olympic long jumper Greg Rutherford, who grew up in Milton Keynes and still lives in the town's Woburn Sands area. To celebrate his successes, a large statue called the ‘Leaping Man’ was unveiled in his honour in 2014. Gold medals and smashing stereotypes; who said white man can’t jump!? 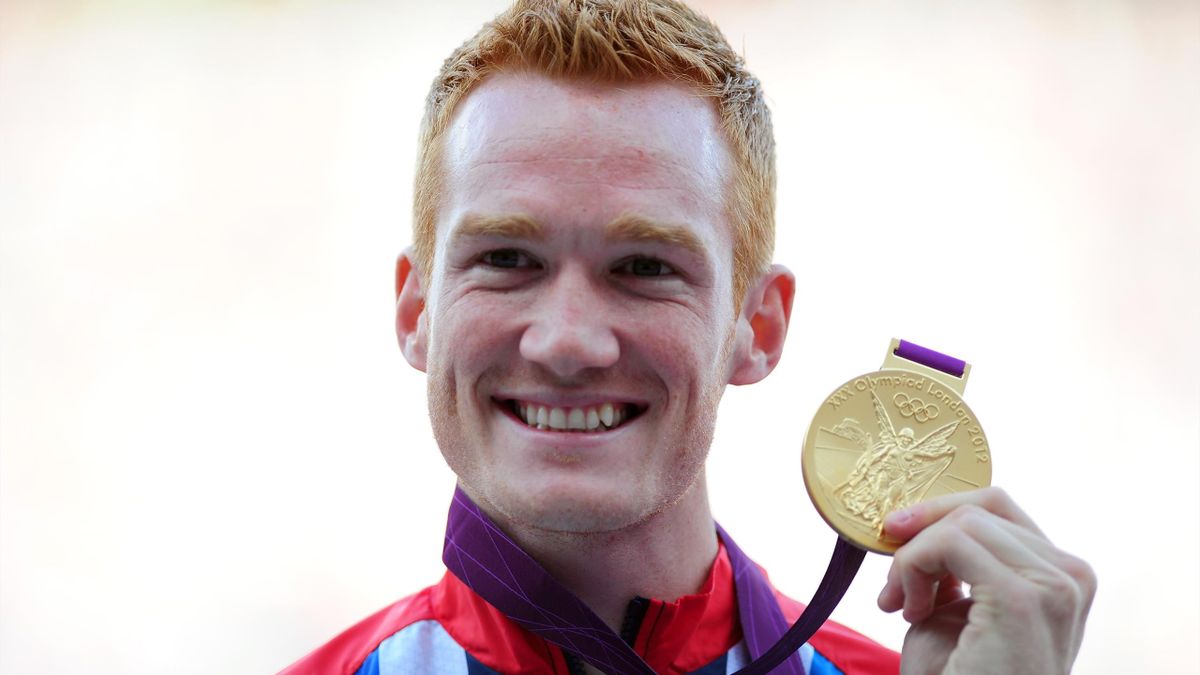 Roundabouts — I would be labeled negligent if I didn’t pay homage to our ridiculous amount of roundabouts. Apparently we have a good 130+ on the main roads, but this isn’t counting the smaller ones within each residential estate. I think they are a clear annoyance to visitors, but once you’re used to them it’s quite a convenient way to zig zag around the city, especially as most of them connect fast travelling single or duel carriage ways. Made a wrong turn? Correct it at the next roundabout, simple!
‍
MK Dons — this one might be slightly more controversial to the football fans, as the club formally known as Wimbledon FC literally moved home and settled in MK. The new club was formed after Wimbledon left south London to move around 50 miles north to Milton Keynes, much to the displeasure of the majority of its fans in 2003. We have a nice stadium though! They even beat Manchester United 4-0 there once. 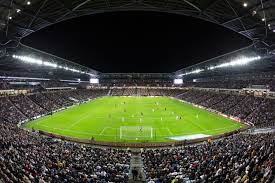 Some other notable points is being the home of some world-famous companies such as Red Bull, Argos, Dominos Pizza, Mercedes Benz and Marshall. And as we mentioned in our article about Business in Milton Keynes, Bletchley Park itself is another feather in MK’s cap. Known as ‘The Home of the Codebreakers’ due to an integral part it played in WWII (go and watch The Imitation Game).

Milton Keynes is located in the South West of England, about 50 miles from London, and was deliberately built equidistant from London, Birmingham, Leicester, Oxford, and Cambridge, with the intention that it would eventually become a major regional economical hub. Which to be fair I believe it has achieved. 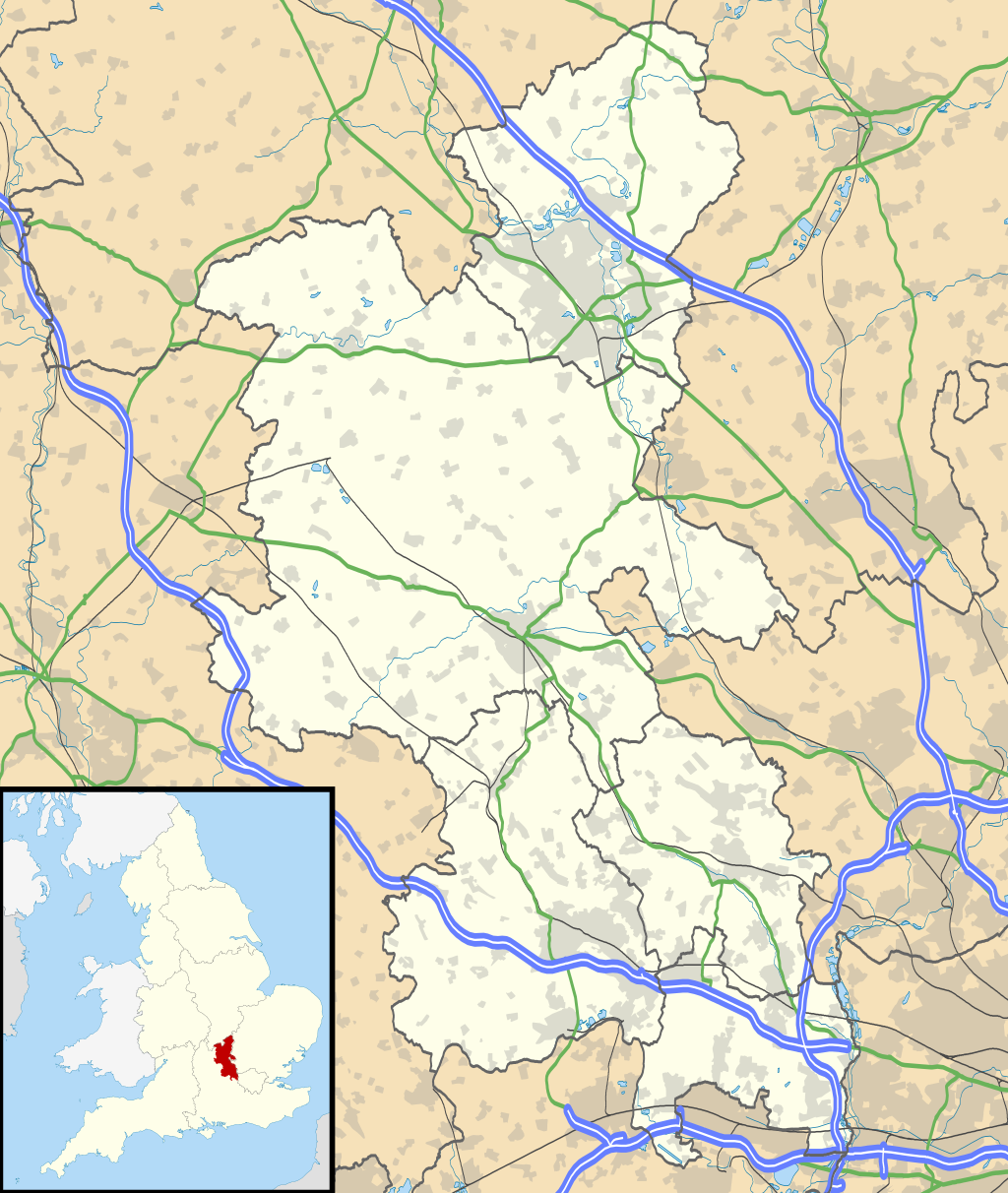 4. Will Milton Keynes become a city?

You may or may not know that MK is beginning its FOURTH bid to gain city status. This comes as it was announced that the Queen will be adorning the ‘City’ title to a number of towns as part of the celebrations for her Platinum Jubilee coming next year.
‍
Previous bids were attempted in 2000, 2002 and 2012, but unfortunately were beaten by the likes of Chelmsford, Preston, Perth in Scotland and Newport in Wales.

For this bid, other towns which have declared their intention to join the race include Swindon and Dudley. But optimism is an MK trait and the fourth bid will surely be the last and most successful bid ever.
‍
So while we are a self declared city anyway, it seems that we might have a fighting chance of making it all official, which for some unknown reason is extremely exciting for me and other locals.

5. Why Milton Keynes was built

Milton Keynes was originally created as an overspill for a very house-congested and over populated London in the 1960s. Overspill housing had already been created in Bletchley from the 1950s, but in the following years the Government decided to go one step further with the birth of a ‘new city’.

An in-depth write up can be reviewed in Wikipedia of course, but to summarise, 23rd January 1967 is the day that the order was made for MK to be developed.

Milton Keynes is the second safest city in England, Wales, and Northern Ireland as a whole and the 4,311st most dangerous location out of all towns, cities, and villages.
‍
According to Crime Rate, The overall crime rate in Milton Keynes in 2020 was 41 crimes per 1,000 people. This compares favourably to Buckinghamshire's overall crime rate, coming in 58% lower than the Buckinghamshire rate of 64 per 1,000 residents. 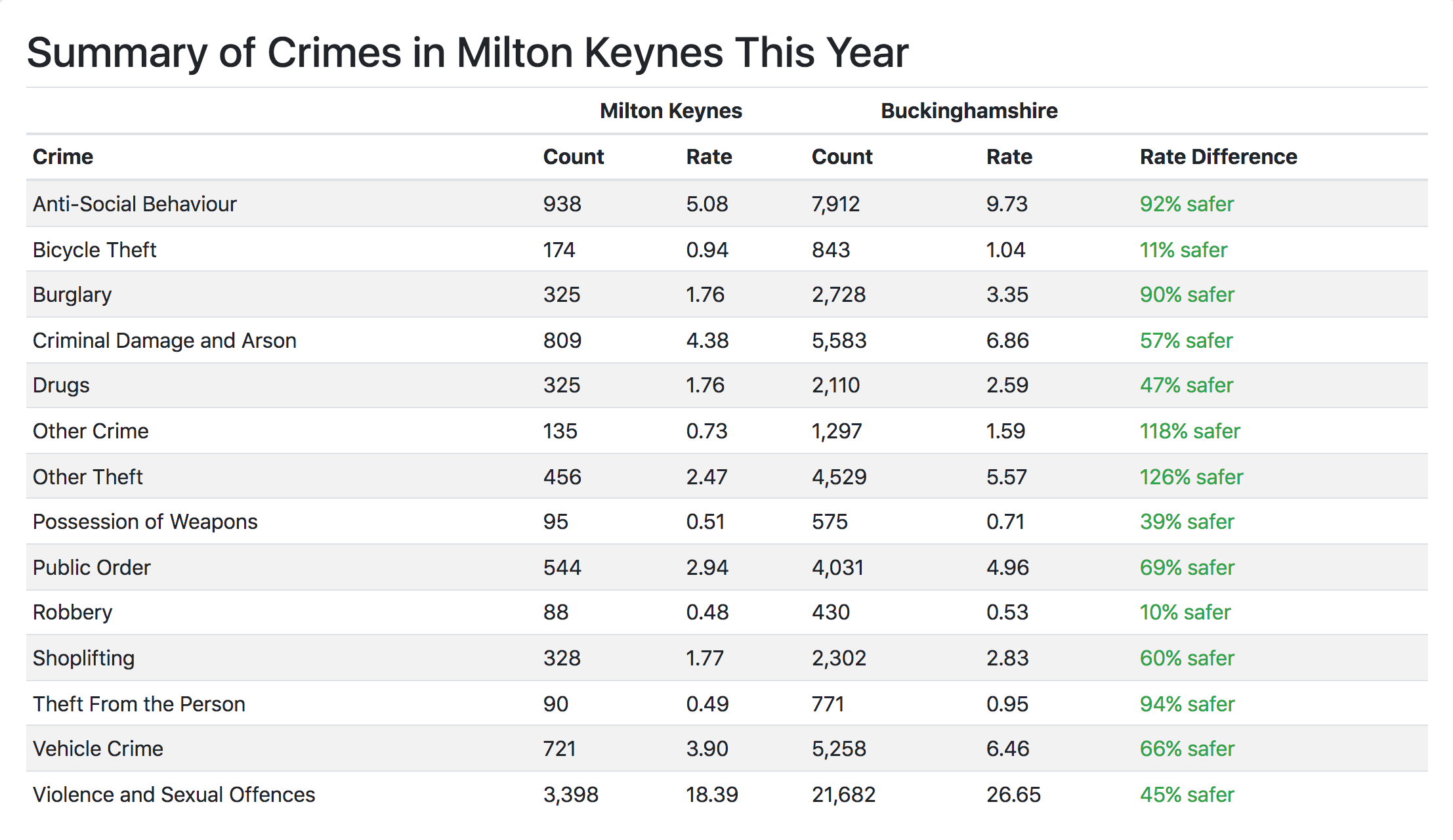 This is an interesting question as I personally grew up in Milton Keynes, but have also lived in other UK and European cities, as well as currently being based in Taiwan, Asia.
‍
A common issue that plagues most urban areas in England is the lack of activities for the youth to participate in, which ultimately results in them entertaining themselves in more questionable ways, normally resulting in some anti social behaviour and being a general nuisance.

However the danger to them and others I personally believe is not so large. It is hard to compare the danger levels with London for example, where gun crime, knife crime, gang crime and sexual assault rates are significantly higher. In this sense, MK is extremely safe, so much so that I actually found out during my time as a Parish Councillor that at any one time, there was only 12 police officers on active shift covering MK and the surrounding areas (this was circa 2019 so may have changed since). It sounded like an extremely low number of law enforcement officers, but it was justified due to the low crime level.
‍
Comparing this to my time in Barcelona, robbery and other street crime was extremely common and a large number of people I spoke to had experienced something along these lines, whether personally or someone they knew.

And looking at Taiwan where I’m currently based, crime levels are extremely low, so if you compared to MK then you could argue that Milton Keynes is quite dangerous. I suppose my point is, it’s all relative.

Of course you do get the occasional idiot on a Vespa so you have to be careful for that...

7. When was Milton Keynes built? 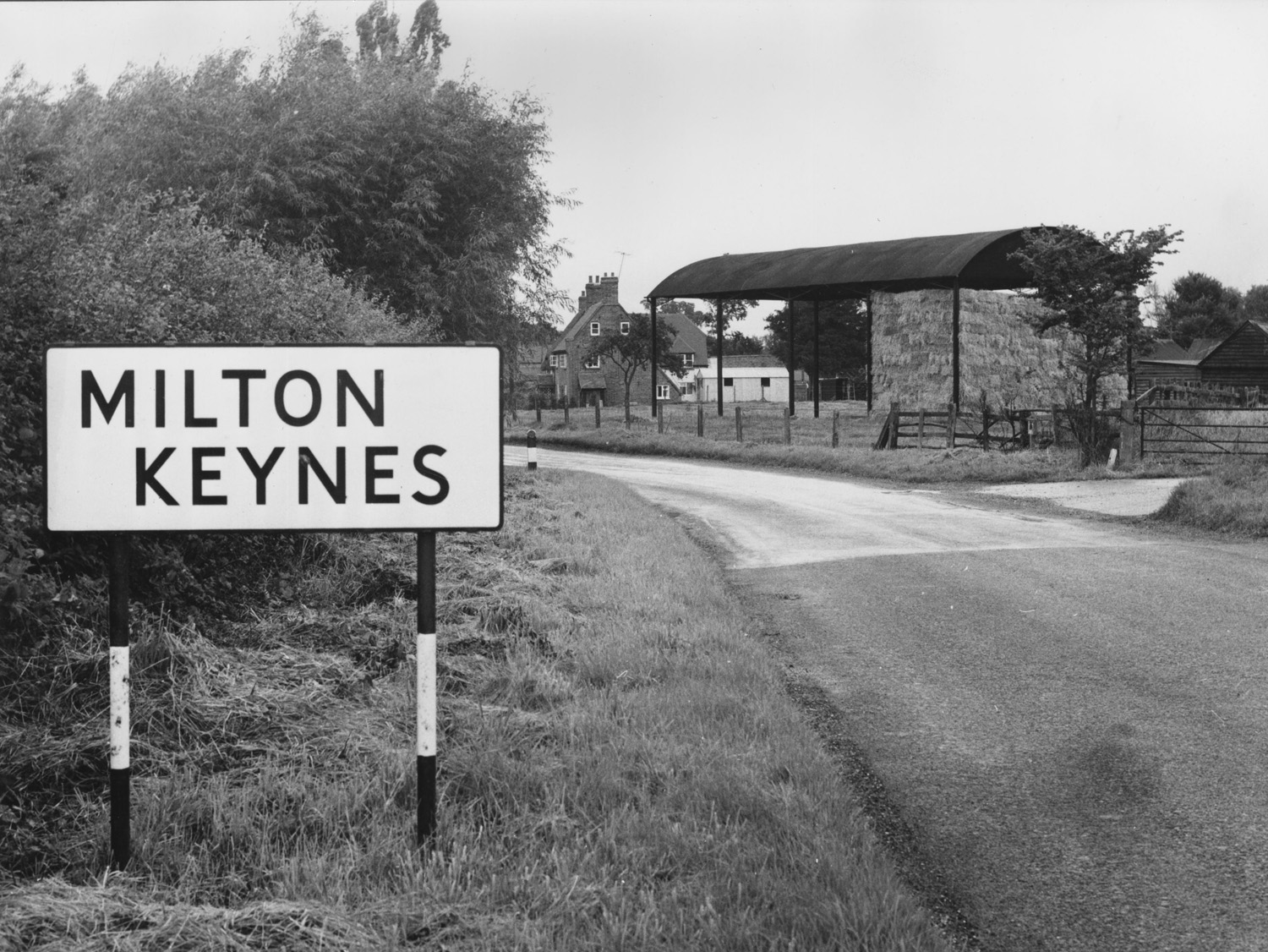 23 January 1967 is when the formal "new town designation order" was made to start building Milton Keynes. I’m sure bricks weren’t laid down on this exact date, but you could see this as the official birth date of when MK’s creation was started.
‍
Construction is still ongoing today as the town/city continues to grow and expand both residentially and commercially, with more office space and housing estates being planned for future development also.

8. How was Milton Keynes built?

The major road layout of Milton Keynes was planned according to street hierarchy principles, using a grid pattern of approximately 1 kilometre intervals, rather than on the more conventional radial pattern found in older settlements.

You may or may not have heard of a couple of references to MK’s layout such a Grid City, and these stem from the grid road system and grid squares layout. Obviously the roundabouts play a huge part in achieving this grid system which is how they have also become such a famous feature of MK.
‍
Milton Keynes also has a Forest City concept and its foresters planted millions of trees. This has resulted in huge areas of woodland all over MK, creating great nature escapes for the residents, and coupled with lakes that also function as flood prevention, wildlife has flourished.

I hope these short but detailed write ups answer your most burning questions about Milton Keynes a.k.a the city of dreams. If you weren’t already aware, FULLTIME.digital is an SEO agency located in Milton Keynes helping local businesses get online and then be seen online with tried & tested optimisation techniques and strategies. It has been and continues to be our honour to serve the local business community. If you’d like to learn more, you can read about our SEO Services.

FULLTIME.digital build and optimise websites specific to your needs and your business. Want to get serious about your website? Get in touch and talk to the team.

Reach out to discuss how FULLTIME.digital can support your business.
Or book a call — it's free!
Thank you! Your submission has been received!
Something went wrong while submitting the form, try again please.
Locations —
300 Silbury Boulevard,
Milton Keynes, MK9 2AZ
01908 520352
View on Google Maps
SEO Services available in —
London